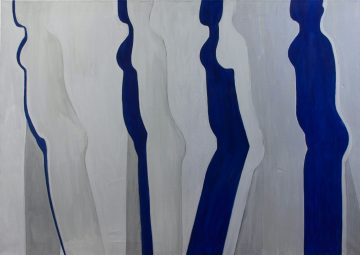 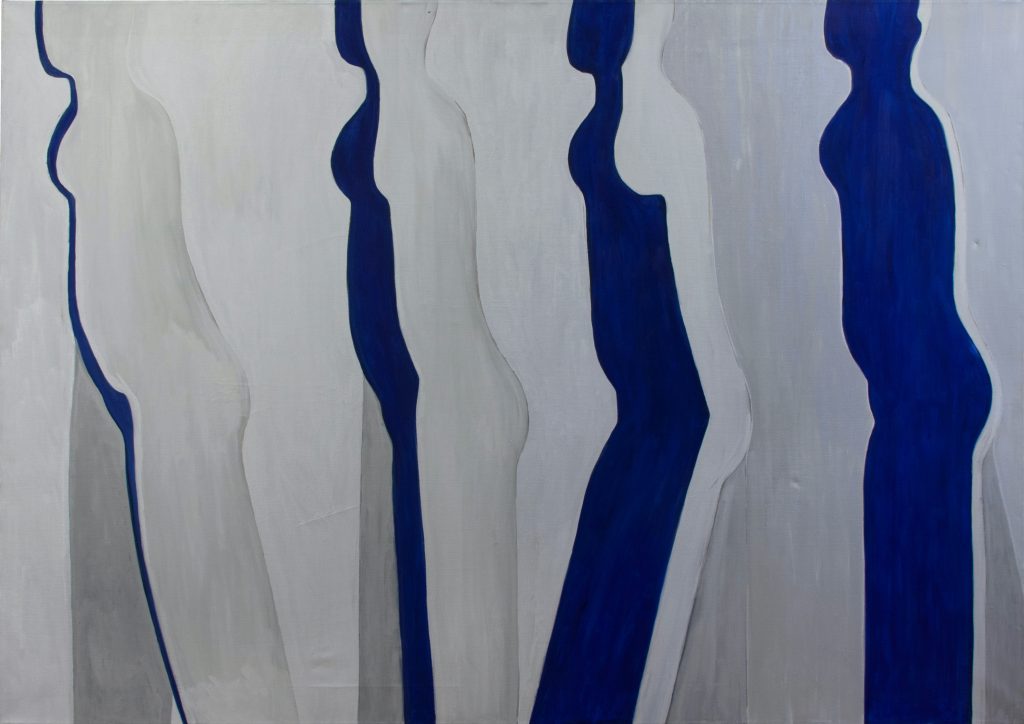 
Susan Weil is one of the most innovative female artists of the 20th century. She challenged the boundaries of abstract expressionism and was a key figure in the movement, which was predominantly defined by male painters including her ex-husband Robert Rauschenberg. Others included Willem de Kooning, Yves Kline and Jackson Pollock.

Weil studied under Josef Albers at Black Mountain College, and soon after moved to New York with Robert Rauschenberg in 1949. The couple were at the centre of the New York School along with fellow artists Cy Twombly, Elaine and Willem de Kooning and Jasper Johns.

Walking Figure, 1969 is a highly important work by the artist, and she revisited this theme several times throughout the following 50 years. The shade of blue used here became one of Weil’s signature colours.

Weil collaborated with Rauschenberg on the Blueprints series between 1949 – 1951, however what is not widely known is that the idea behind the body of works was completely Weil’s; she had experimented with the monoprint technique since childhood.

Weil’s work can be found in prominent art collections in the United States and Europe including the Metropolitan Museum of Art, New York; the Museum of Modern Art, New York and the Moderna Museet, Stockholm. Recipient of a Guggenheim Fellowship and a National Endowment for the Arts Fellowship, Weil is the subject of several monographic publications and exhibitions.