Justin is one of Australia’s most trusted art advisors. He negotiates for a number of the nation’s most important private and corporate collectors, advising on the purchase and sale of 19th and 20th century Australian, European, American and Asian paintings, drawings and sculptures.

With over twenty-five years experience in the fine art auction industry, eleven of which he spent at Sotheby’s Australia as Chairman from 1999 to 2010, Justin has been instrumental in the sale of many of Australia’s most iconic artworks.

Through his frequent and wide ranging travels to major international auctions, fairs and events, Justin has developed a network, second to none, of the art world’s most dynamic dealers, curators, collectors and enthusiasts.

Justin Miller is also a Director and Foundation Trustee of the Sydney Theatre Company, a member of the board of Governors of the Taronga Zoo and an Ambassador of the Australian Museum of Contemporary Art. He holds an Honours degree in Fine Art and Anthropology from the University of Sydney Australia and is an approved valuer for the Australian Government’s Cultural Gifts Program. Nina has over a decade’s experience in the art world and has been with Justin Miller Art since 2010 advising on Australian and international fine art. Nina is focused on the special projects and consulting side of the business which includes the art strategy,  project management and installation of artworks and creating dynamic art programs for residential, commercial and corporate developments and hotels.

Nina holds a Master’s degree in Curating and Cultural Leadership from UNSW and a BA in Art History and Theory from University of Sydney. 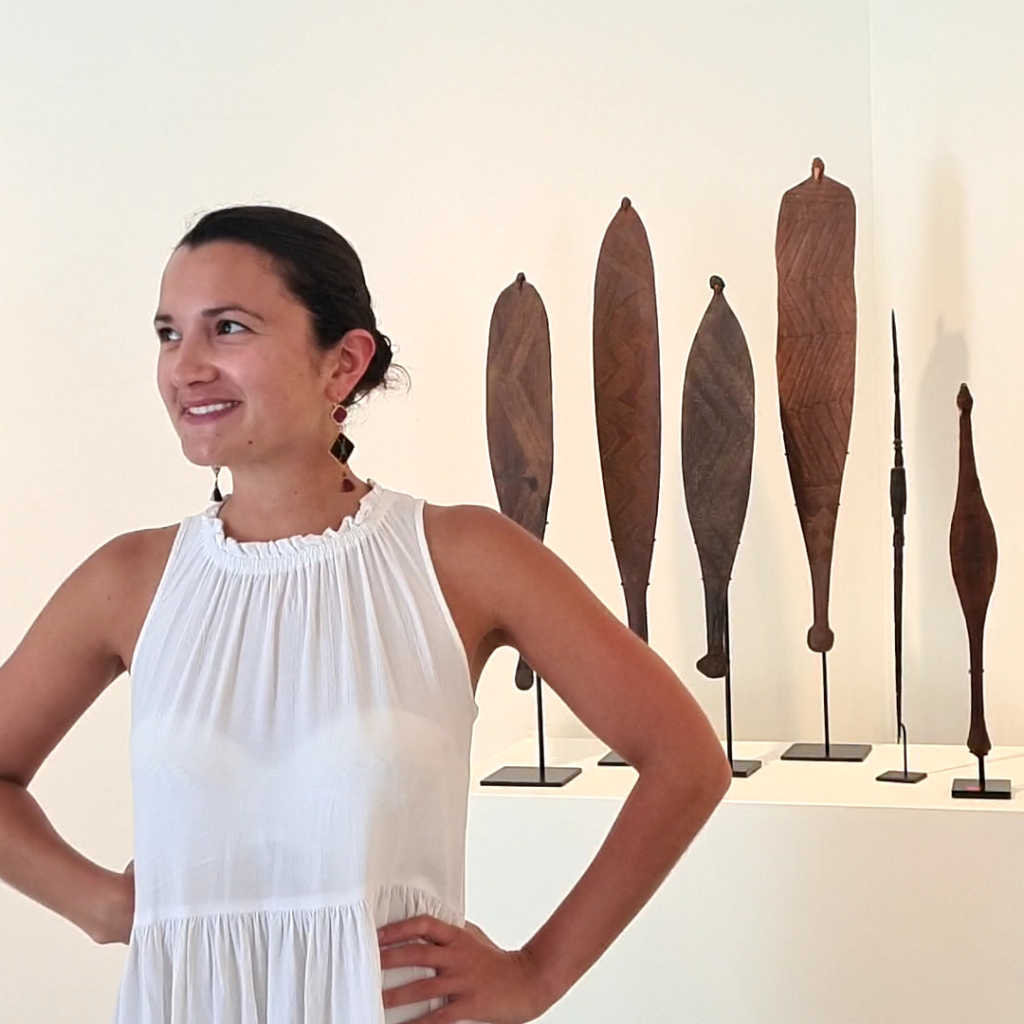 Serena joined Justin Miller Art gallery and advisory in 2018. Specialising in gallery and collection management, curatorship and art consultancy, Serena nurtures the interests of both buyers and sellers in Aboriginal, Australian and international art. Serena advises on client collections and consults with them on their residential and corporate spaces.

With over a decade of experience in the Australian art industry, Serena has developed and maintained longstanding working relationships with professionals in the art world.

Serena holds a Bachelor of Arts Degree, Diploma of Art History and Master of Art Curating at Sydney University. Leah Lockwood has over twelve years of commercial gallery experience and has been with Justin Miller Art since 2012. She is a specialist in Australian Aboriginal art and advises on contemporary Australian and international art.

Leah holds a first class honours degree in Art History and Theory and a Masters of Museum Studies, both from the University of Sydney.