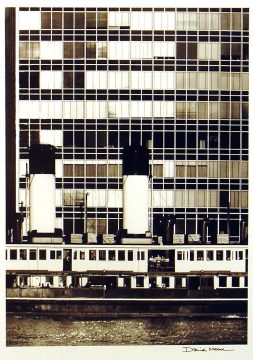 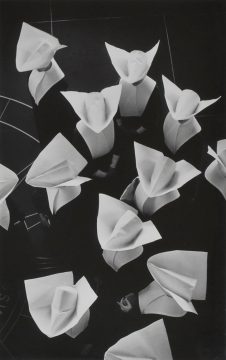 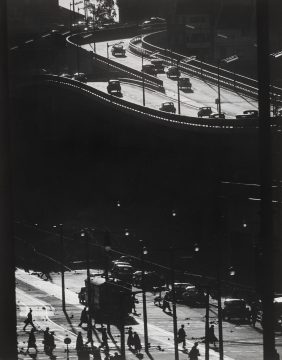 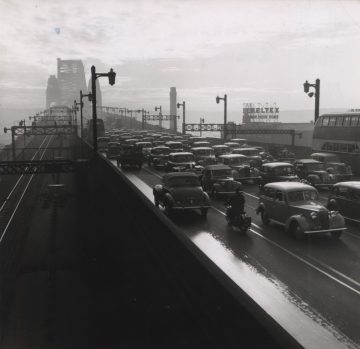 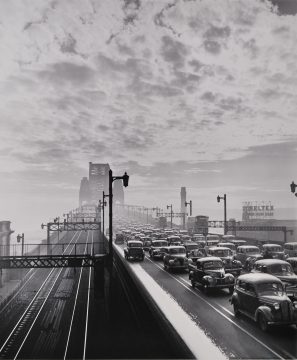 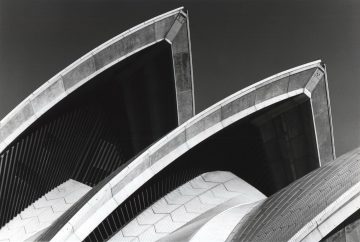 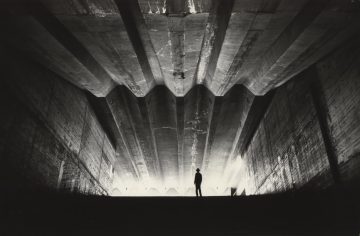 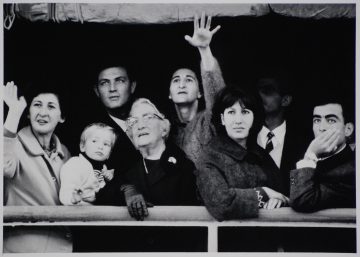 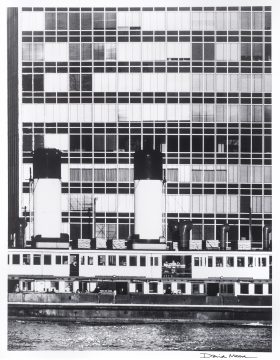 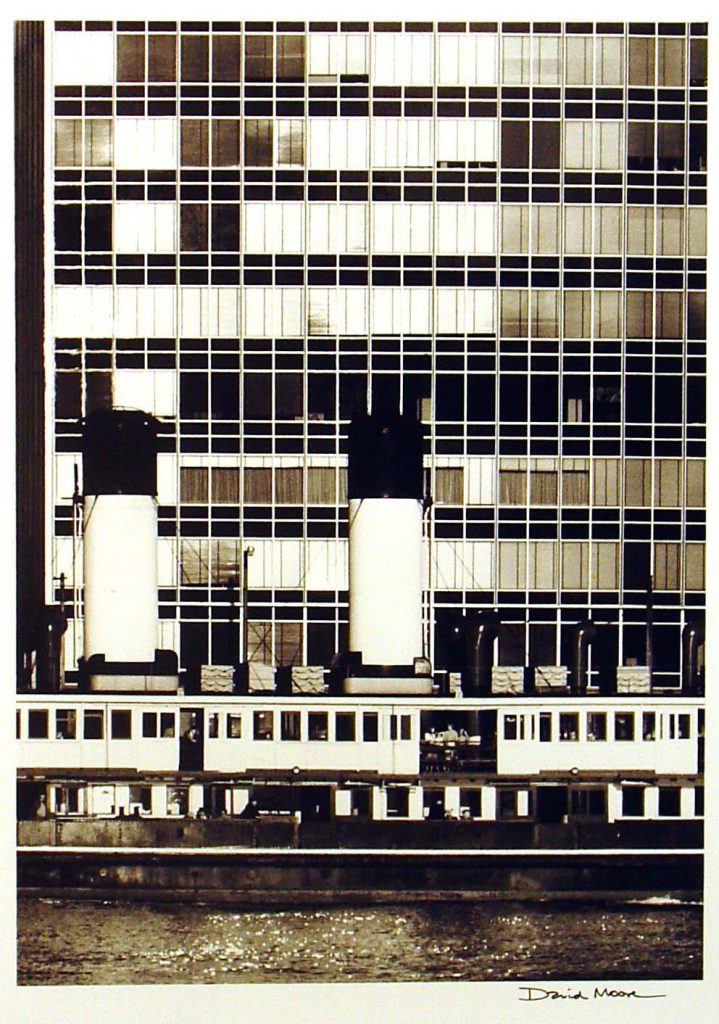 signed in ink in margin below, titled, dated and signed in pencil verso


“Throughout his career, Moore demonstrated an astute ability to photographically articulate instances of serendipity and the conjunction of unexpected elements. He used the pictorial plane to draw disparate subjects into relationship with one another. As Judy Annear, senior curator of photographs at The Art Gallery of NSW, noted in 1997, Moore’s work is united by his ‘ongoing fascination with the structure of the image within the frame: its geometry and, within that geometry, the relationship between all the elements depicted, no matter how small they may be’.

Whether photographing anthropomorphic objects or political events, Moore delivered sharp observation, dry wit and a sensitivity to form and composition.” 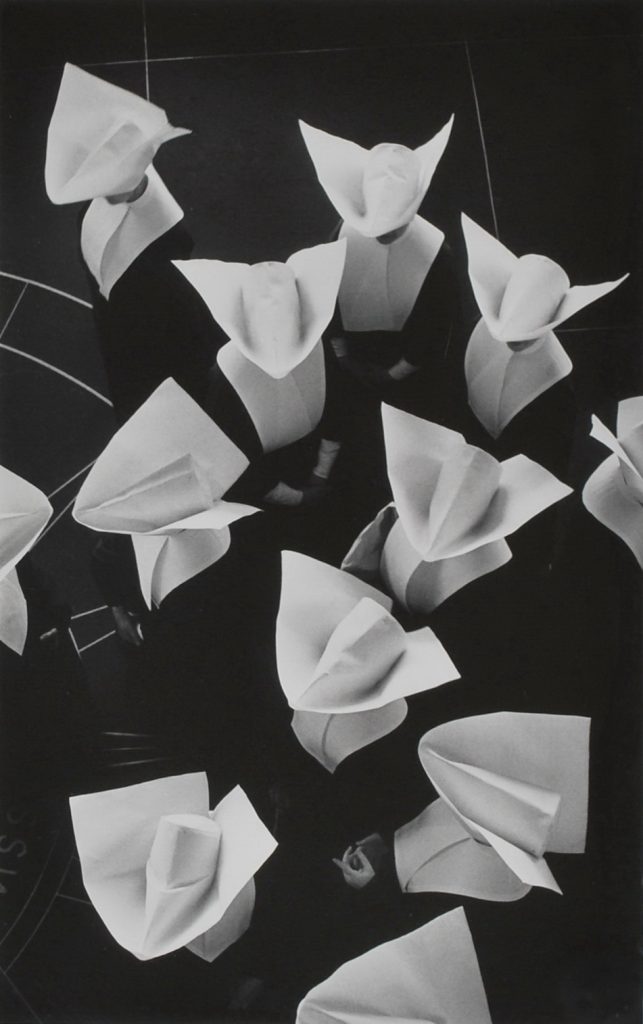 signed below image in ink and, titled and dated and signed in pencil verso 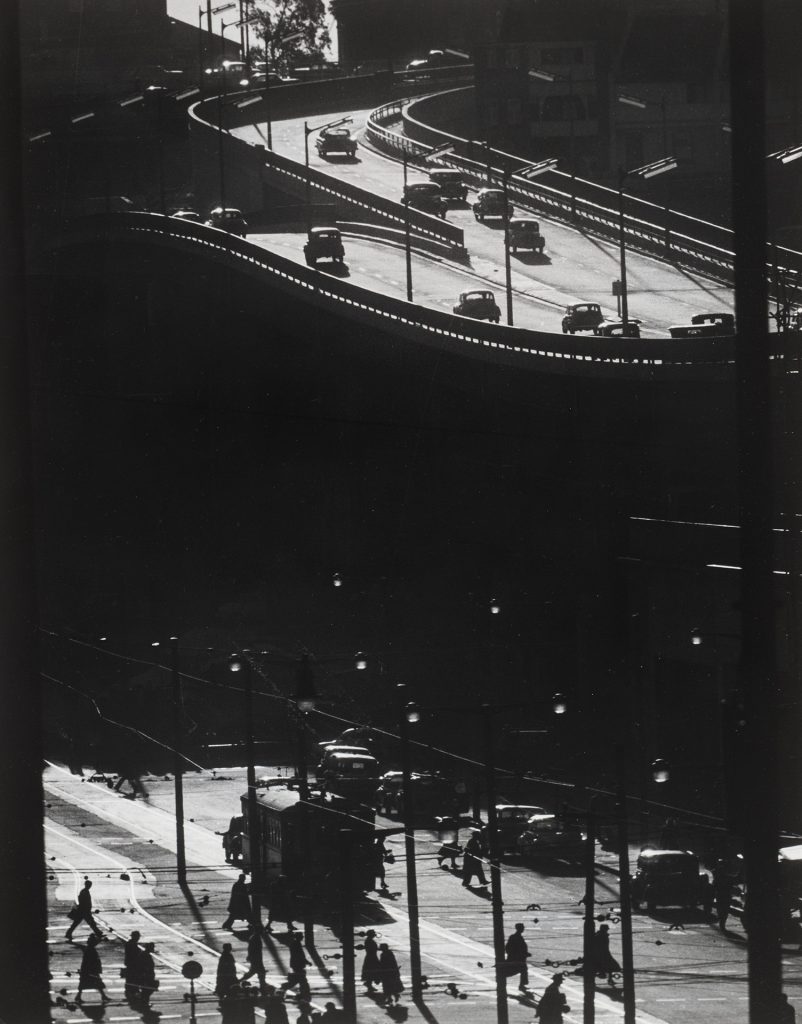 
“David Moore was Australia’s most renowned and widely travelled documentary photographer. He began working as a photographer in 1947 in the commercial advertising studio of Russell Roberts. Between 1948 and 1951 he assisted Max Dupain, and began to develop his own approach to the documentary style, walking the streets of depressed inner-city suburbs of Sydney taking still photographs. Moore’s ‘Redfern interior’ 1949 was included in Edward Steichen’s ‘Family of Man’ exhibition, which toured internationally from 1955. Moore was one of two Australians to be included in the exhibition. In 1951 Moore turned down the offer of partnership with Dupain and moved to London to work for international picture magazines including the Observer, the New York Times, Time-Life, Look, and Sports Illustrated. From 1958 he travelled the world for the New York agency, Black Star, working for Time-Life books, National Geographic and corporate and industrial clients. His international assignments took him to Asia, America, Antarctica and Africa until the 1980s. Moore’s photographs are held in Australian and international collections including the Museum of Modern Art, New York; Bibliothèque Nationale de France, Paris, and the Smithsonian, Washington, DC.” 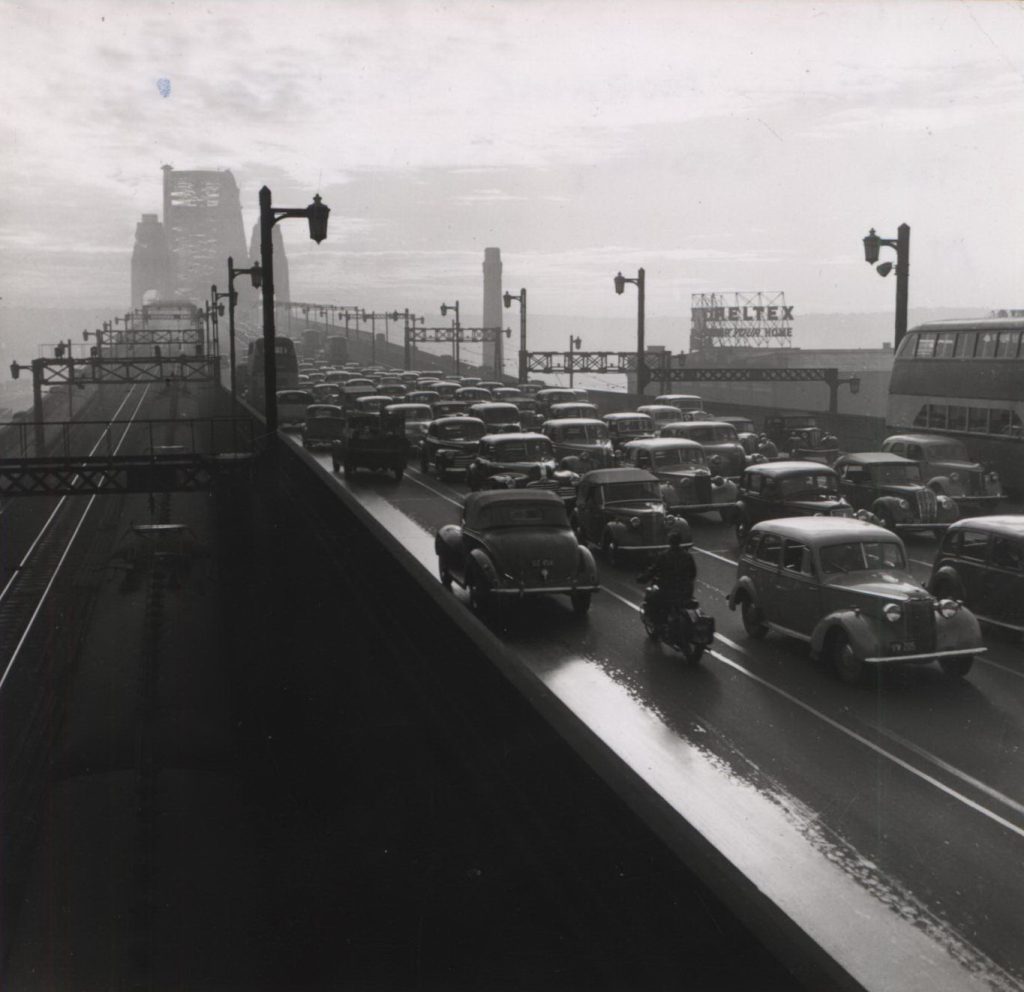 
This exceptionally rare small proof image is one of only a few vintage prints created by David Moore before the negative was damaged. No further were made. One notes a variation in this image when compared to that which is illustrated opposite. It is taken probably within moments of the more recongisable work which does not contain the motor bike rider in the foreground. 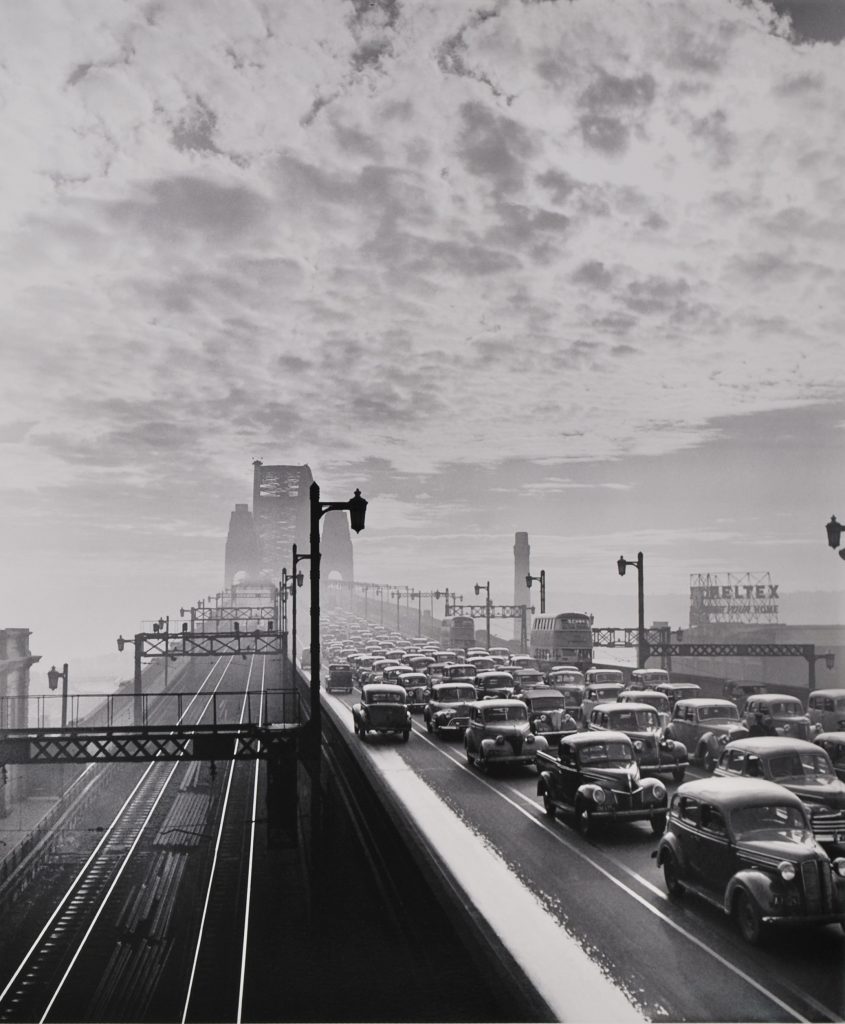 signed in ink in lower margin, titled, signed and dated in pencil verso 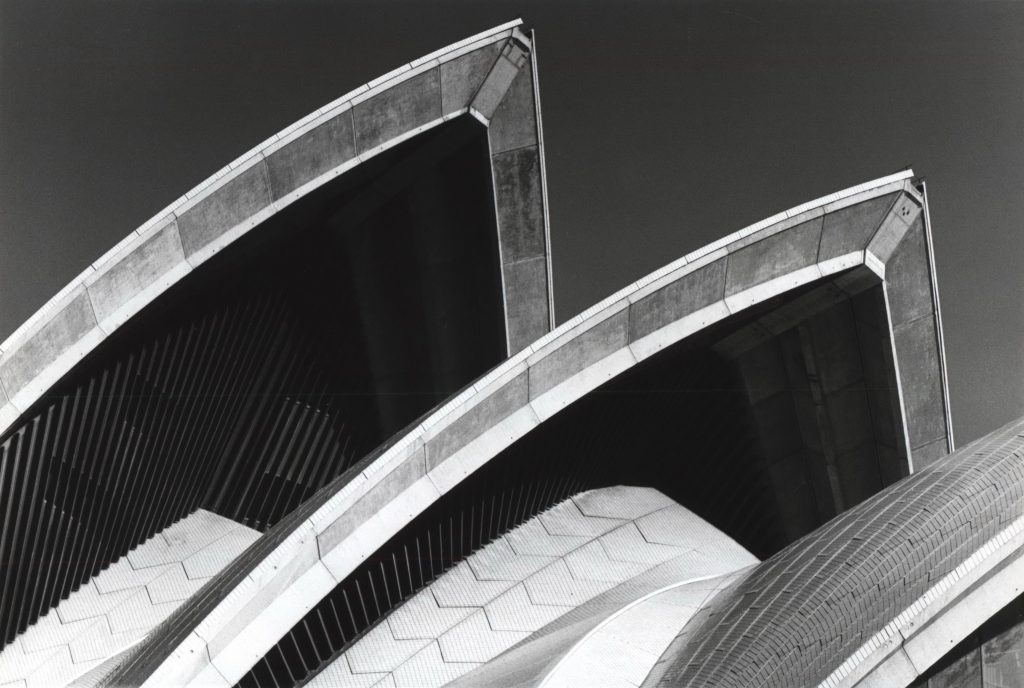 Jøern Utzon’s reaction to Moore’s epic depiction of the construction of the Opera House was to classify the photographs as “marvelous (sic)…by far the best I have ever seen”. 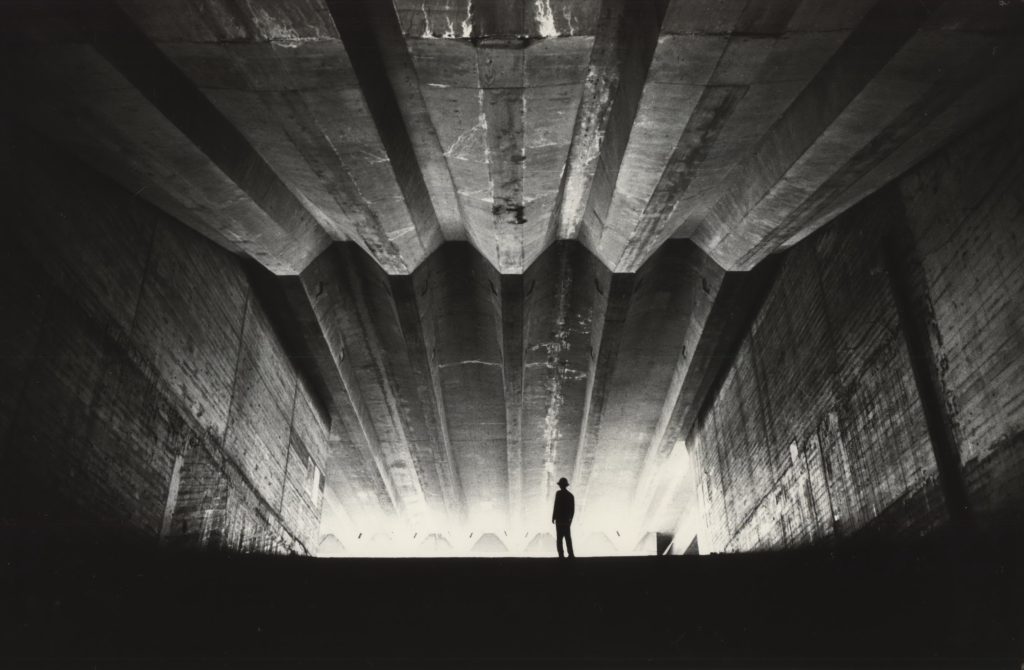 
Writing in early 1968, Utzon added: “the Sydney Opera House needs to be seen with a great artist’s eye such as yours to make people understand (the building’s) poetic qualities”. It was a generous tribute to a fellow spirit, a photographer who was in communion with, and acutely sensitive to, Utzon’s mould-breaking vision. 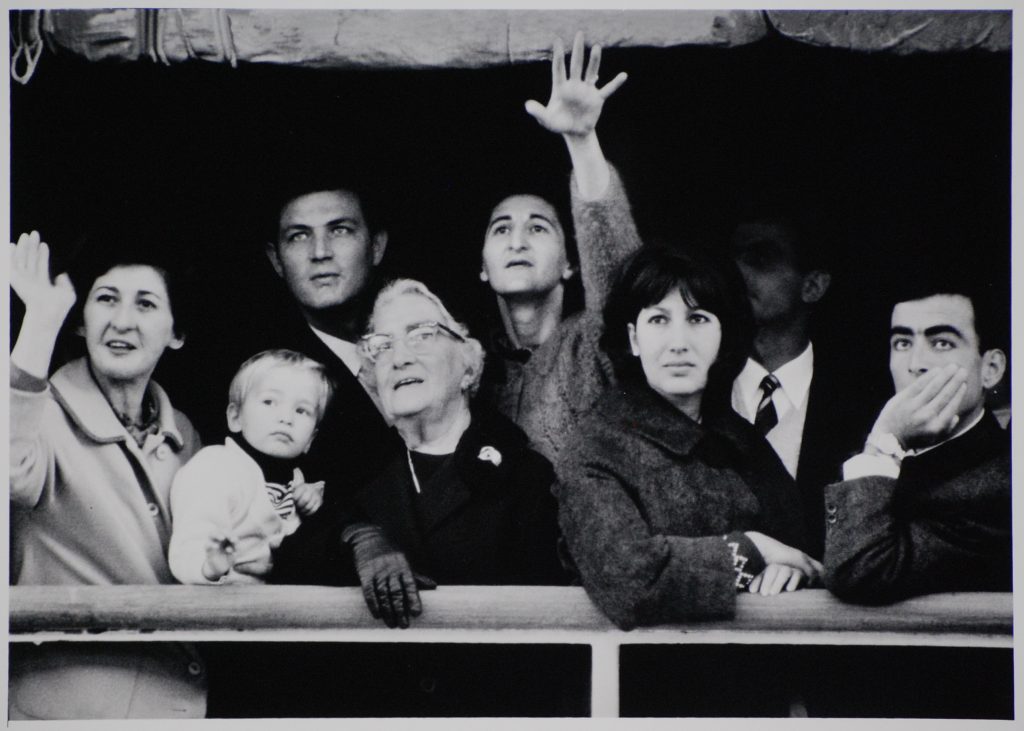 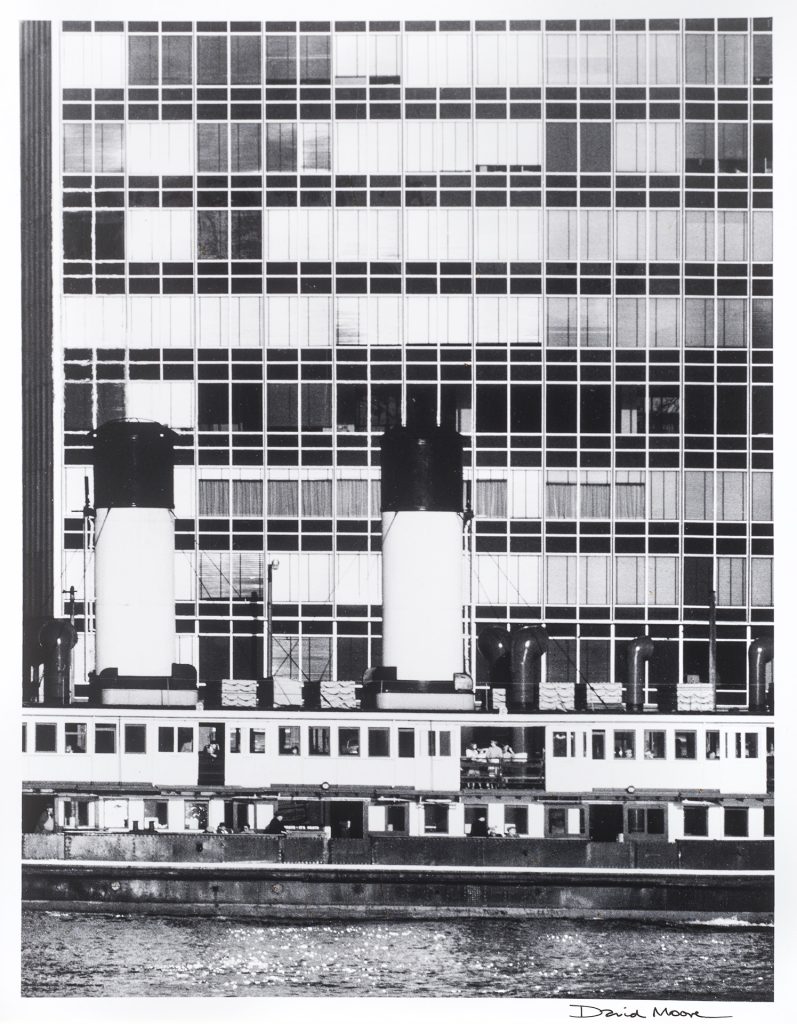