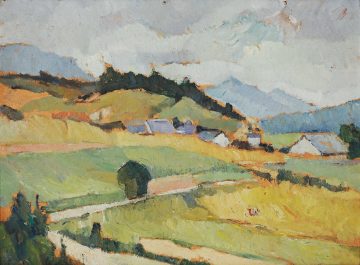 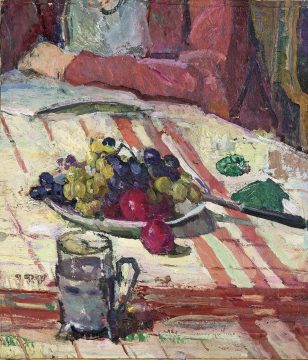 oil on canvas on board 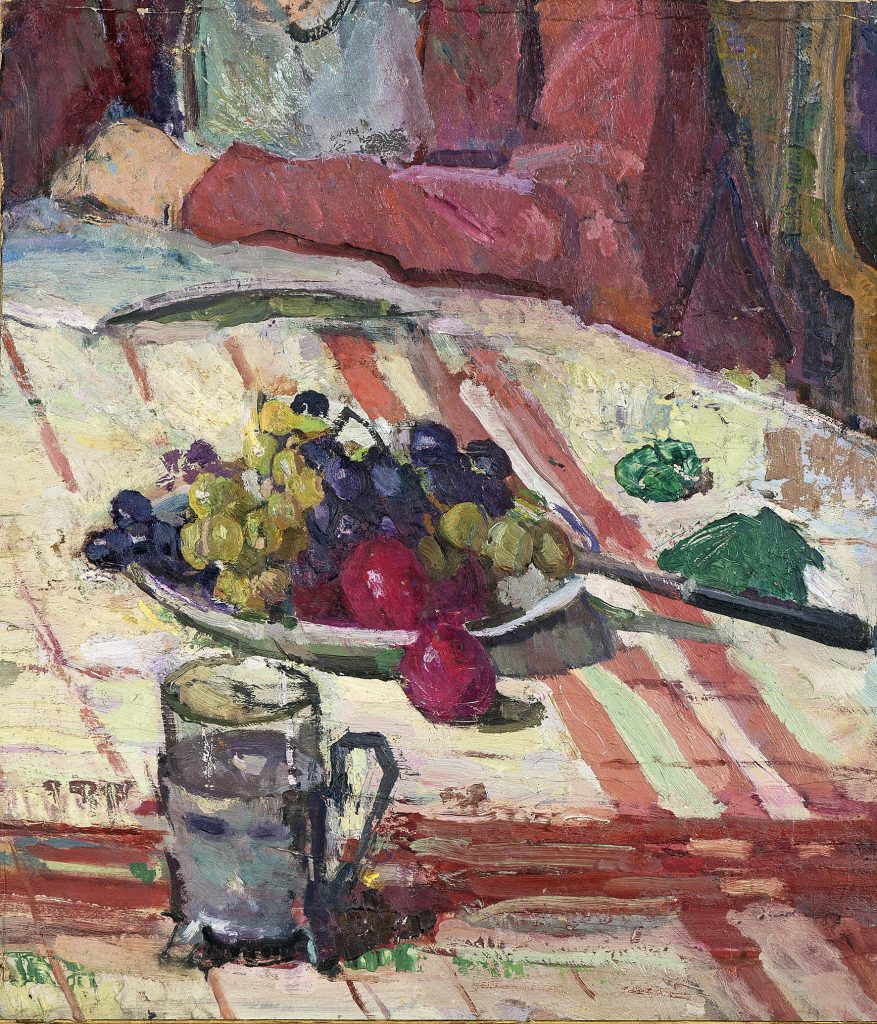 
Bessie Davidson is known for her paintings of still lifes, interiors, portraits and landscapes, all of which are imbued with beautiful light, tone and colour. After settling in Paris, the artist’s adopted home from 1910 onward, Davidson’s exceptional talents were recognised both there and abroad when in 1931 she was appointed the Chevalier de la Légion d’Honneur for Art and Humanity by the French Government. Her work was included in the exhibition Australian Impressionists in France, National Gallery of Victoria, 2013, and she was the subject of a book, A Studio in Montparnasse: Bessie Davidson: An Australian Artist in Paris (Penelope Little, Craftsman House, 2003).

Davidson’s continuing interest in light, atmosphere and colour is perhaps most evident in her still-life paintings. The present work, Still Life with Bowl of Fruit, makes clever use of horizontal and vertical lines to focus the viewer’s eye, leading it around the picture plane. Davidson made particularly strong connections during her time in Paris, forming a large group of friends and becoming godmother to the daughter of Conrad Kickert, an artist, critic, collector and the original owner of this painting.