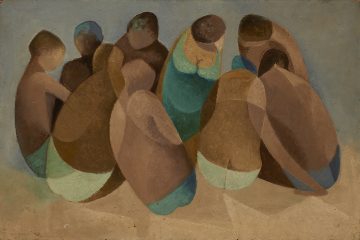 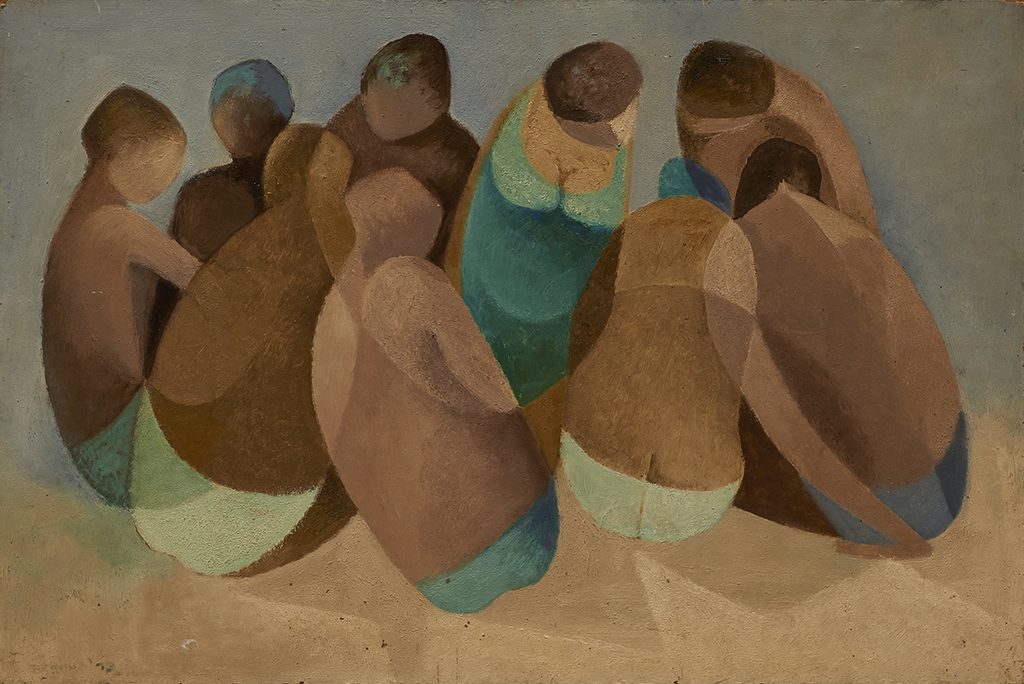 Shapiro Auctioneers, Australian and International Art incl. Chinese Contemporary Art from the Estate of Ray Hughes Session I, Sydney, 25 May 2021, Lot No. 47;


Dorothy Mary Braund is one of Australia’s most renowned female modernist artists. Her fascination with both everyday and public rituals of Australian culture inspired her most celebrated works. Bathers is an exquisitely composed example of a highly familiar scene, namely groups at the beach in Australia.

Braund trained at the National Gallery of Victoria Art School under William Rowell and Charles Wheeler, and later under the school’s first modernist teacher, Alan Sumner. Following her graduation she went on to study at the George Bell School, which had a major influence on her subsequent work. She developed a strong style expressed with a simplicity of colour, form and surface.

Braund stated in 1994: “I’ve always been knocked out by simplicity. To me it’s got such impact; far more than anything fussy, because you have to get it right. There’s no chance for accidental effects. If you are simple everything has to relate and work.”1 Braund’s paintings are in the collections of the Art Gallery of New South Wales, National Gallery of Victoria, the Queensland Art Gallery, Monash University Museum of Art and the Cruthers’ Collection of Women’s Art.