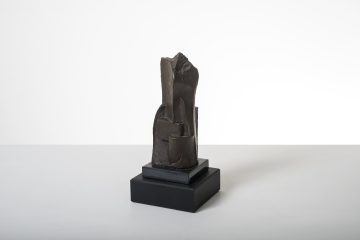 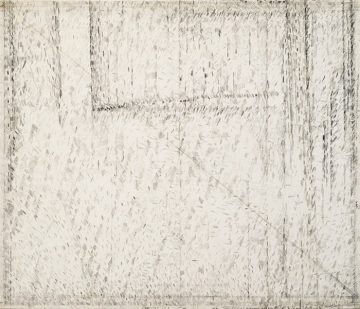 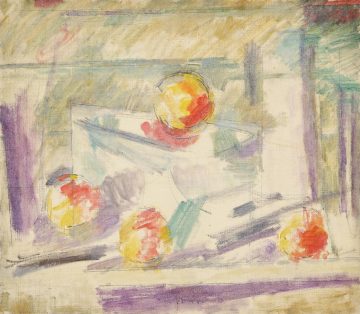 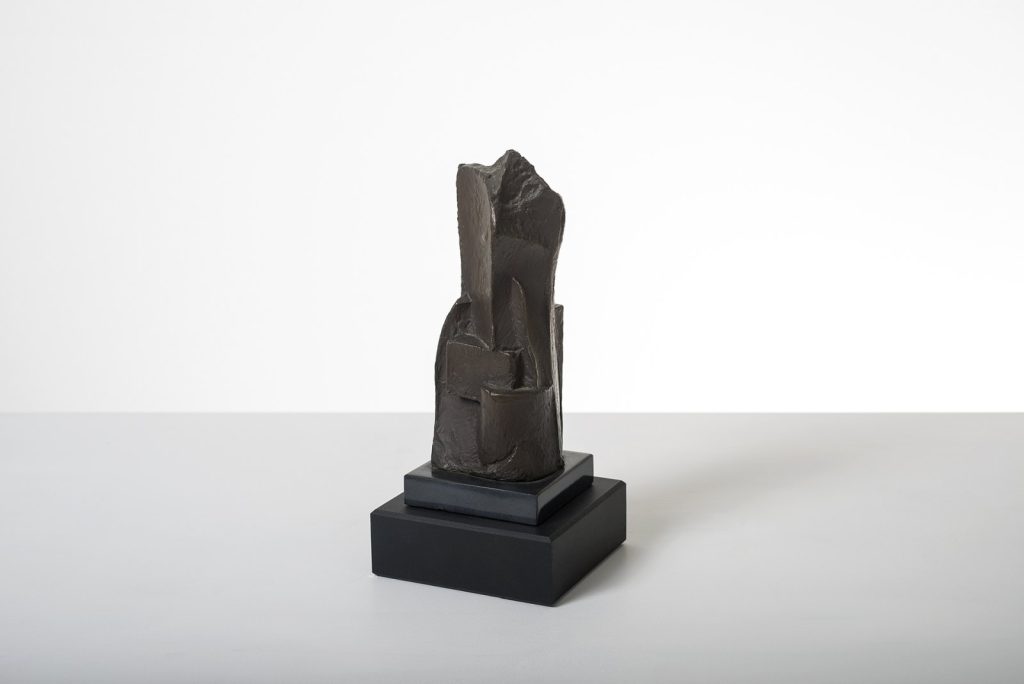 
Godfrey Miller was born in Wellington, New Zealand and later lived in Dunedin. Before WWI began, lessons with Alfred O’Keefe focused Miller’s interest in the arts. After being discharged from the army due to injury in his upper right arm during the Battle of Gallipoli, which gave him musculospiral nerve palsy and neurasthenia, he travelled to Melbourne and enrolled under William McInnes at the National Gallery school in 1918. In 1929 he moved to London and studied at the Slade School of Fine Art and gained a certificate (1931) for sculpture. 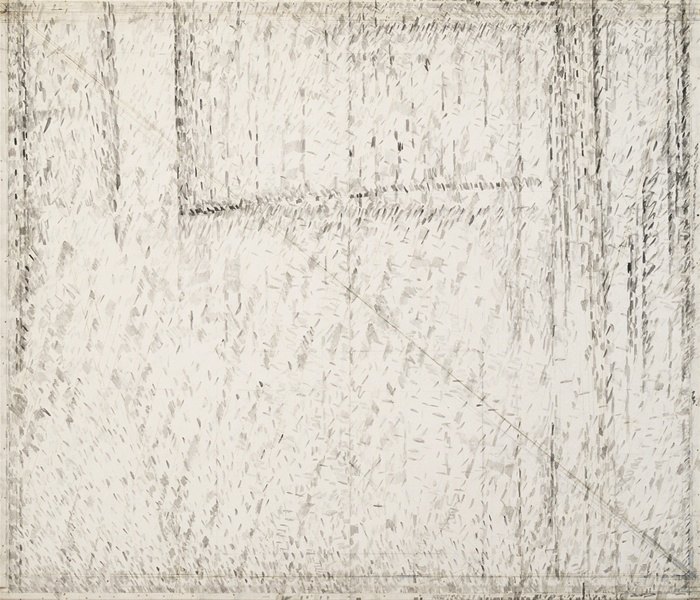 
An esoteric draftsman, sculptor and painter, Godfrey Miller was one of Australia’s most admired artists of the mid-20thCentury. Born and educated in New Zealand, Miller was aged 17 when apprenticed to an architecture firm in Dunedin where he worked on construction sites and attended classes at the School of Art and Design, Dunedin Technical School. In 1914 he enlisted for military service, and he was severely wounded at Gallipoli in 1915. After being discharged from the army, he was registered by the New Zealand Institute of Architects in 1917.

Miller had early success in 1918 with a prize-winning student drawing submitted to the New Zealand Academy of Fine Arts, but he did not exhibit again until 1952. Miller travelled to London during the late 1920s and studied at the Slade School of Fine Art gaining a certificate for sculpture in 1931. For the remainder of that decade, he was based principally in London, and he moved from being a conservative naturalistic painter grounded in nineteenth-century artistic traditions to a a fully-fledged modernist with a geometrical, classical style based on the abstraction of natural forms.

Returning to Australia via New Zealand early in 1939, Miller boarded in central Sydney until 1954 when he bought a house in Paddington with an outlook across to Rushcutters Bay, a view occasionally seen in his paintings. He painted alone until he began teaching part-time at East Sydney Technical College in 1948.

In 1952 he agreed to exhibit paintings with the Sydney Art Group. During the following year, his work was shown in London, the first of several successful overseas appearances, from one of which the Tate Gallery in 1961 acquired ‘Triptych with Figures’ (1938-54).

Miller held four solo exhibitions, the second a retrospective mounted by the National Gallery of Victoria in 1959. In all, he only ever showed about forty paintings. He published a pamphlet (1959) elaborating the philosophical stance reflected in his paintings, and a book, 40 Drawings by Godfrey Miller(Sydney, 1962).

Miller’s shyness – combined with the way he continued to work and rework his paintings – meant that the full extent of his theosophically inspired oeuvre was not revealed until after his death.

A retrospective exhibition of Godfrey Miller’s work was held at the Art Gallery of New South Wales in 1996. An influential teacher, Miller inspired the work of a generation of major Sydney artists including John Olsen, Ken Unsworth and Ross Mellick. 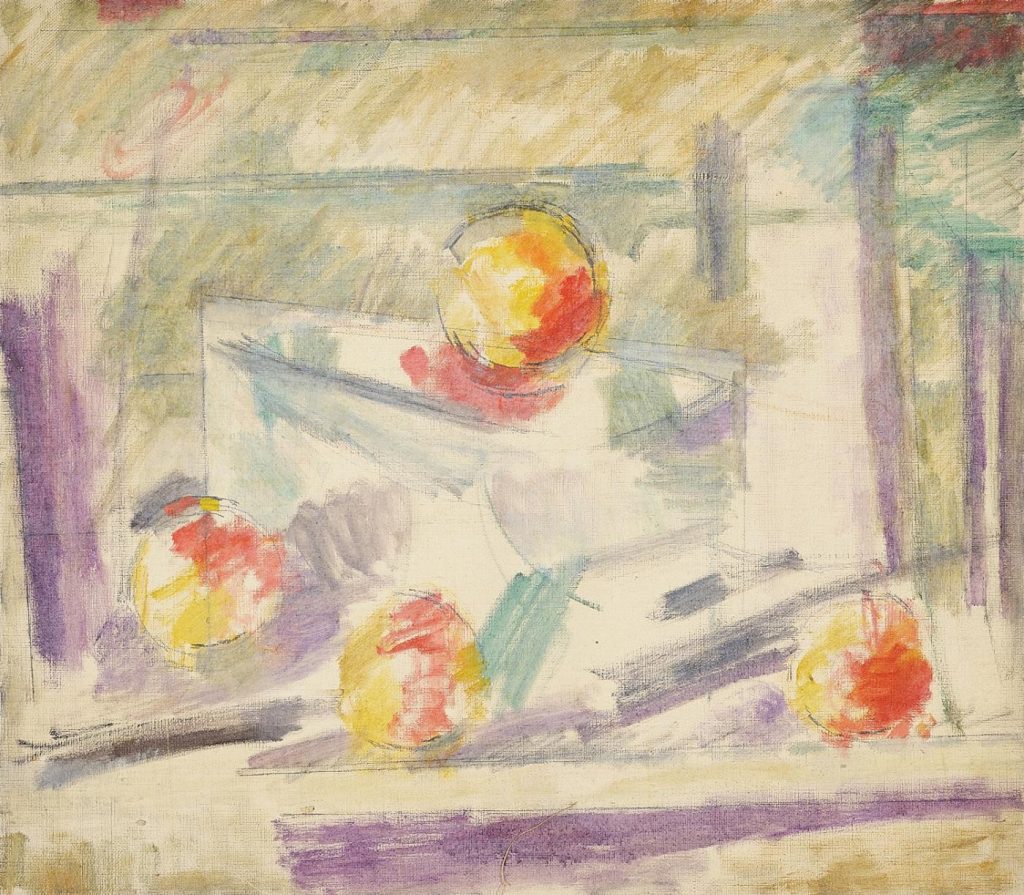 pencil and oil on canvas


The Estate of the late John Henshaw

oil and pencil on canvas