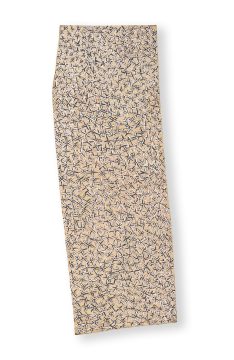 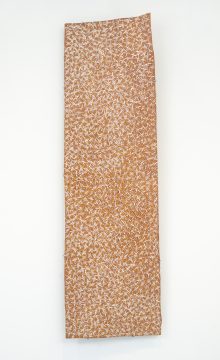 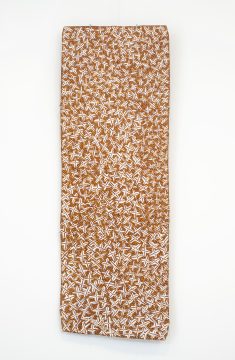 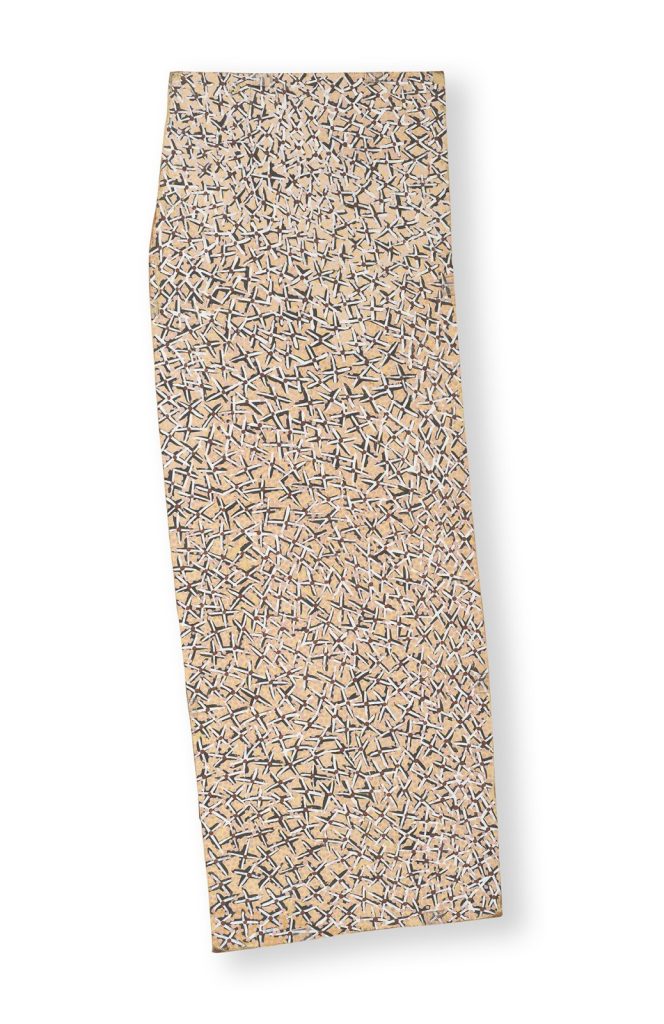 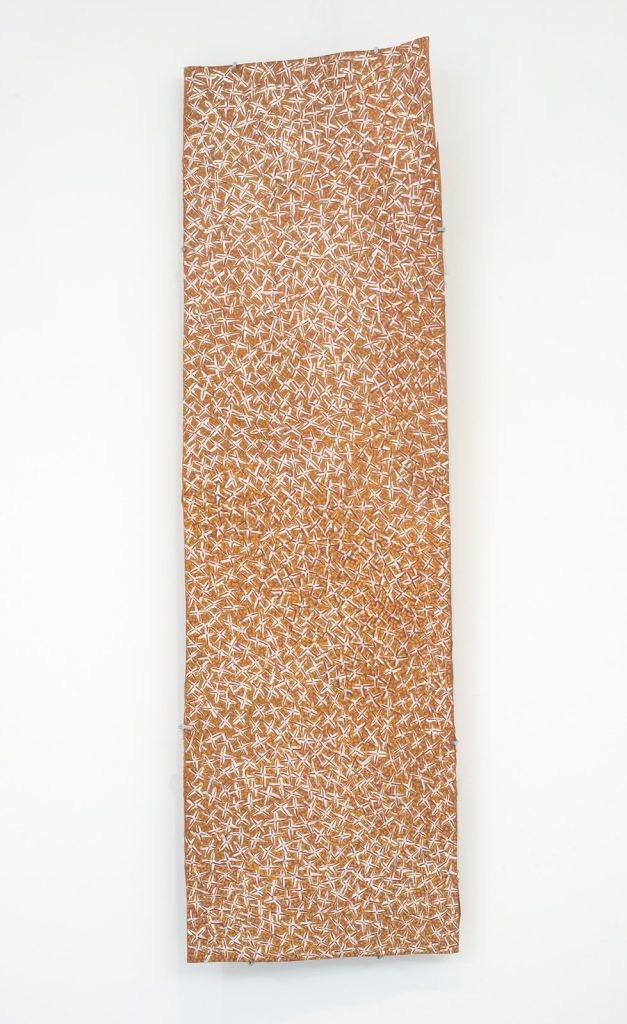 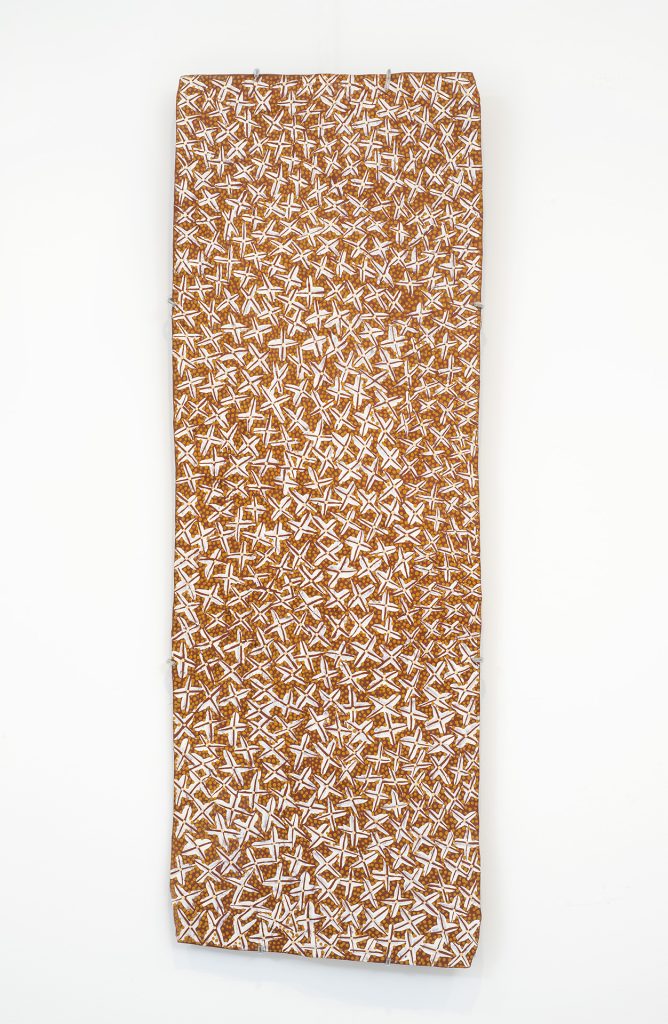 
At the age of 56, Yunupingu described a vision of stars that came to her in a dream. This marked the beginning of a career that led her to explore bark painting as well as mediums like ceremonial poles, weaving, jewellery and music. Ganyu or stars have long held a strong thematic presence throughout her career, representing spirits, great ancestors of Dreamtime and elucidating her own culture and perspective. She believed stars had a unifying power stating that: “There is healing for people […] when they see beauty.” 1

Densely layered paintings capture the intricacies of the night sky with subtle dots, lines and various ochres. While she drew some inspiration from her father, Munggurrawuy Yunupingu, who also painted barks, her work is unusual; her oeuvre forgoes characteristics such as the rarrk or cross-hatching design and the figurative representations so often seen in works from the North-East Arnhem Land of Northern Territory, Australia. Instead, she chose to look to the stars:

Yunupingu was a female leader of the Yolngu people and was also a senior member of her family and the Gumatj clan. She remains one of Australia’s most sought-after Indigenous artists with her work seen in numerous prestigious private and museum collections across the globe.